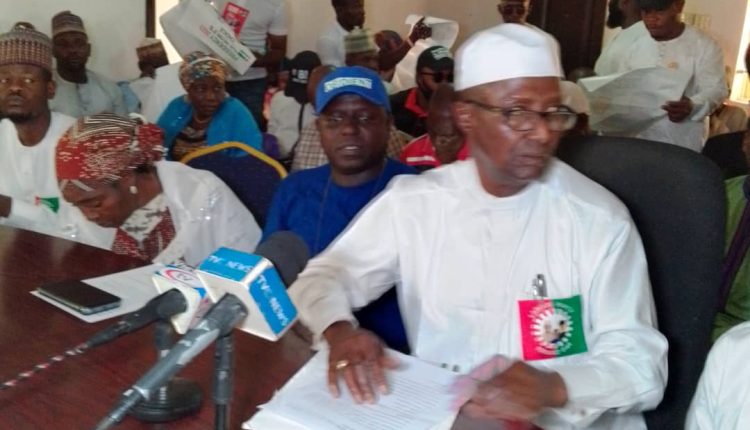 The labor party in Borno State has inaugurated 168 officials to flag of its campaign in the 27 council areas of the  State.

Speaking during the campaign, the Director General Gavs Kariya said that 54 support groups are already geared up to back up the campaign council which would start campaigns very soon.

The campaign coordinator said that his party has representatives in all the council areas and ward levels adding that what makes Peter Obi presidency unique is that it is quite organized and will surprise members in the state.

On challenges the coordinator noted that ” Borno has suffered violence for over a decade adding that we all know that the people of the state are yearning for change. We do not expect anyone to attack us because we are the third force for the oppressed masses to run to.

“Since the inception of politics in 1999, Borno citizens have seen the struggle to gain political and material advantage become increasingly violent. From 2007 to date, Borno State has suffered violence and the violent ones continue to maintain their dominance by hate and brutal force.

“We are gathered to announce good news to the hurting people of Borno State. News of love for healing and survival, News of peace, News of liberation and News of prosperity.

” We are here to inform the good people of Borno State that the presidency of Mr. Peter Obi and Mr. Yusuf Ahmed Dati will ensure security and provide welfare for the citizens as enshrined in the constitution of Federal Republic of Nigeria.

“The Obi-Dati combination is entrusted by all Nigerians who have formed support groups across the country to carry out the mandate based on their:

Motive to serve, Attitude towards service, and Previous conduct in service.

” The Obi-Dati presidency will usher in good governance of providing security and welfare to the people through: competence/Merit, Pragmatism

“To spread the good news of Obi-Dati presidency, we therefore inaugurate the following individuals. ” said the coordinator.

About 168 members were inaugurated to start campaigns for the labor candidates in the state.

The Heroes of a Turbulent Time