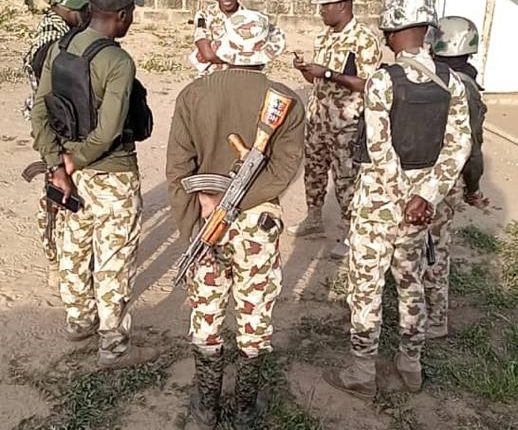 It was gathered that the notorious leader of Boko Haram, Ali Ngulde, on December 3, led hundreds of fighters armed with weapons from Mandara Mountain to attack ISWAP positions in a major onslaught against the rival group.

An Intelligence source told Zagazola Makama, a Counter Insurgency Expert and Security Analyst in the Lake Chad, that the clash began in the camp of Yuwe which triggered a heavy fire fight.

The source said that Ngulde and his team overpowered the ISWAP elements and nutrialised atleast 12 of them and seized their weapons.

On the night of December 4, the Boko Haram group divided themselves into two groups and raided more ISWAP positions in Ukuba, Arra and Sabil Huda, killing more than 23 more fighters and seizing their weapons, motorcycles and bicycles.

Zagazola understands that Sunday night, December 4, reinforcement team of the ISWAP were sighted  around the axis of Kawuri and Aulari.

In the morning today, December 5, a top ISWAP leader, Ba’ana Chingori, led a column of  fighters to attack Boko Haram position in Farisu. The battle is still ongoing as at the time of filling this report.

The Boko Haram terrorist group has for sometime now been locked in deadly clashes with their erstwhile partners, the ISWAP which has left many fighters from both camps dead.

Why I Delegated El-Rufai, Ayade, Others To Answer Questions At Chatham House – Tinubu

NSCDC Will Not Tolerate Attacks on INEC Offices – Audi

Spain to Collaborate with Nigeria to Fight Insecurity